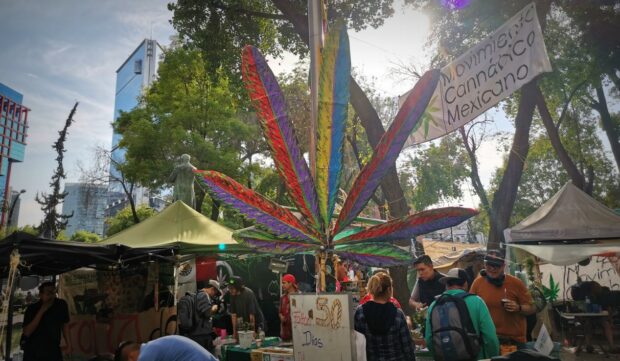 Sea to shining sea, top to bottom, North America is leading cannabis to greener pastures. This November, Mexico’s Senate voted 82 to 18 to approve a legalization bill that will create the largest federal market on the continent.

If the bill passes through further legislation, it will allow the country with a population of 126 million to join with the 37 million in Canada who have already legalized cannabis.

One of the major reasons cited for Mexico’s push toward legalization is to lower the amount of cartel activity and crime around cannabis cultivation and distribution. The aim of allowing adults to own 28 grams of cannabis, an ounce, and four plants is to improve the quality of living for Mexican citizens. However, child use and involvement will remain illegal, along with driving while high.

Not to be associated with poor functioning

While it is wise to limit any amount of intoxicated driving, according to a later October analysis, “we found no association between past-year cannabis use and work-related injury.”

Additionally, the Michigan Impaired Driving Safety Commission found that while driving under the influence was bad, high drivers were often slower drivers and increased their follow distance compared to when they were sober. This report did not find that this activity compensated for the inebriation, but that more research was needed before determining how to treat high drivers. Drunk drivers were found to have decreased follow distance and more aggressive behavior.

High drivers were often slower drivers and increased their follow distance compared to when they were sober.

It’s time for North America to rise to the occasion

While on the verge of having the two countries bordering the USA legalize cannabis, and with a poll revealing 68% of Americans, including 48% of Republicans, support legalization, it’s time to go for it. After thirty-five states have legalized cannabis for medical purposes, it’s time for federal acceptance. Once North America and markets like France come online, the bulwark of the first world will be hurdled, and the rest will follow.