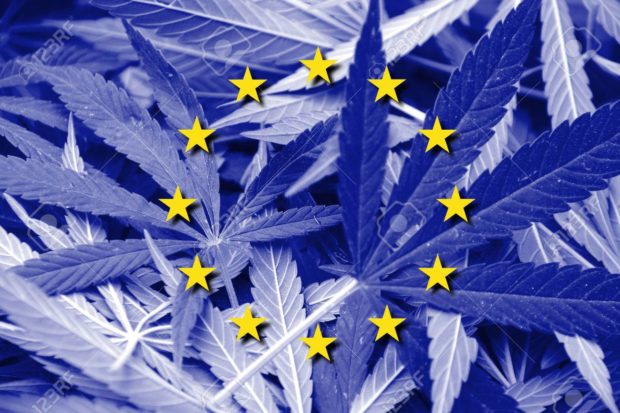 Following reports about the World Health Organization (WHO) recommending a rescheduling of cannabis and several of its key components under international drug treaties, the European Parliament voted on Wednesday on a resolution that would help advance medical cannabis in the countries that form the European Union.

While non-binding, the resolution seeks to incentivize European nations to increase access to medical marijuana, prioritizing scientific research and clinical studies. Same as the WHO’s recommendation, the European Parliament’s resolution shows how wide support for cannabis legalization is, but does not change any actual laws on the international or local levels.

Governments can no longer turn their heads to the opportunity it delivers,

“The EU Parliament is just the latest voice to recognize the medical value of cannabis and the benefits of regulation over prohibition,” Tom Angell, Forbes contributor and publisher of Marijuana Moment, told me. “I’m hopeful that the growing chorus in favor of reform will spur action by nations to change their policies and improve access for patients who need this medicine.”

After evaluating how the European Union could potentially support quality research in relation to marijuana-based medicines, establishing “standards for non-pharmaceutical medical cannabis to ensure consumer safety,” the members of the European Parliament voted on a resolution that calls on the Commission on use of cannabis for medicinal purposes and the states member of the European Union to “address the regulatory, financial and cultural barriers” that stunted scientific research on the cannabis and its medical uses. In addition, the Commission and MEPs said it’s important to “define the conditions required to enable creditable, independent scientific research based on a wide range of material to be conducted into the use of cannabis for medicinal purposes.”

Finally, they pointed out the need for an improvement in equal access to cannabis-based medicines and the right case-specific therapies. “It is essential that they be provided with comprehensive information about the full spectrum profiles of the plant strains used in the medication provided,” the resolution reads, calling for a close collaboration with the WHO.

Interested in hearing what the cannabis community had to say, I reached out to cannabis industry participants in different geographies, from Asia, to Europe, to the Americas. Evan Eneman, CEO of ELLO, leader of the MGO/ELLO Alliance and founder of Sands Lane Capital, said that, “Once again, our friends around the world see the medical benefit and potential of the plant, and are working towards a better understanding of what can be in earnest.”

Eneman added he’s looking forward to the U.S. taking a similar approach, so that research and development of cannabis based therapies and consumables for all its various use cases can continue to advance.

Aras Azadian, CEO of multi-national cannabis company Avicanna, also applauded the European Parliament’s decision to change it position on cannabis and cannabinoids. “This will help facilitate and expedite the well required safety and efficacy studies on cannabinoid solutions beyond the initial markets such as Canada and Israel (…) There is an ongoing concern of the toxic and inefficacious products being offered as medicine that will be limited with the entrance of qualified studies.”

Same as the WHO’s recommendation, the European Parliament’s resolution shows how wide support for cannabis legalization is.

Meanwhile, Israel-based Oren Todoros, co-founder at CannaImpact, highlighted the economic opportunity behind cannabis and the increasing recognition of this potential. “Governments (…) can no longer turn their heads to the opportunity it delivers,” he said.

Jonas Duclos is the CEO of Switzerland-based JKB Research, the company behind CBD420, a line of low-THC cannabis products sold across tobacco shops and other “regular” stores across Europe. Duclos qualified the move as relieving. “More and more key global actors are recognizing the therapeutic effects of cannabis,” he said. However, for him, the really important question is: when will lawmakers consider moving forward with actual legislation? And, once they do, how will the regulations look like?

“We know support and political capital will grow, but these are the details that will determine where the industry heads in the next years,” he ended.