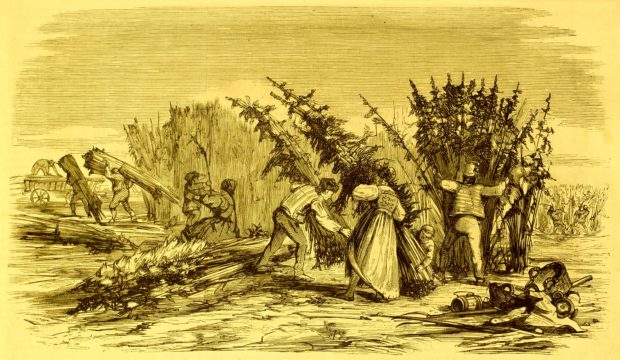 It might seem that the only thing we know about cannabis is that we still have a lot to learn. The reality is that we already have today an adequate number of scientific studies on animals, cell cultures and on people. From the scientific evidence it is clear that cannabis is a safe, non-toxic and effective medicine on a number of diseases and conditions.

Where cannabis has been proven to help

Below, you will find a brief overview of the most common health problems for which cannabis can be an effective medicine. We will dedicate space in upcoming issues of Cannabis Therapy Magazine to individual conditions and diagnoses in more depth.

The discovery of cannabinoid receptors in the body explains why cannabis has such versatile effects on human health.

Pain (especially chronic pain) is one of the most common reasons for the medical use of cannabis. Research and patient experience indicate that the therapeutic effects of cannabinoids are best shown on neuropathic pain. This type occurs for instance in those who suffer from multiple sclerosis or fibromyalgia.

Recent studies have shown that cannabis treatment helps reduce the need for dangerous opioid medicines (i.e. medications for pain manufactured from opiates). In countries where the use of cannabis in medicine is legal, a lower incidence of deaths and hospitalizations due to opioid overdose has been noted.

Diabetes mellitus, or simply diabetes, is a group of autoimmune illnesses characterized by disruptions in insulin production, which leads to hyperglycemia (an abnormally high concentration of glucose in the blood). Preclinical studies indicate that cannabinoids can slow the progress of diabetes and even alleviate a number of its symptoms. Recently several studies have emerged where people using cannabis have a greater reduced risk of type 2 diabetes than people not taking cannabis.

Patients with these diseases often report using cannabis for medical reasons. Many professionals today are convinced that cannabinoids represent a promising direction in the treatment of many digestive tract diseases.

Cannabis has a significant effect on nausea and vomiting in patients with hepatitis C and HIV/AIDS, and it mitigates the side effects in cancer patients undergoing chemotherapy or radiation therapy. Since 1986, synthetically isolated THC – under the brand name Marinol – has been available for doctors treating loss of appetite connected with weight loss in patients diagnosed with HIV/AIDS.

One of the well-known effects of cannabis is a marked increase in appetite. Eating calorie-rich foods can boost weight gain and the supply of nutrients, which can be crucial in the fight against several diseases, such as wasting syndrome. In treating nausea, vomiting and loss of appetite, other medicines are also available, but cannabis has a combined effect on all these symptoms, making it an exceptionally effective remedy.

Cannabinoids are used by cancer patients in palliative (supportive) treatment because – as has been said – it suppresses nausea, vomiting and pain, it promotes a healthy appetite and improves the quality of sleep. In addition to palliative effects, studies on animals and cancer cells show that cannabinoids in certain conditions are able to slow and even stop the spread of cancer cells. However at present, despite ongoing development of research, we do not have reliable evidence on the basis of tests on human subjects that would confirm this claim. 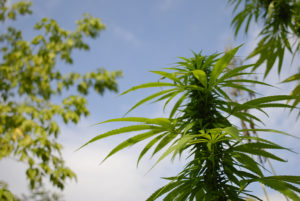 Many patients around the world use cannabis to reduce the pain and muscle cramps associated with multiple sclerosis. This is one of the diagnoses for which there have been major clinical trials using cannabis. These have confirmed the experience of patients the world over that cannabis is able to effectively relieve pain, reduce cramps and improve other symptoms of this incurable disease. Some results even indicate that the substances contained in cannabis have the potential to slow or even arrest the disease’s progression.

Alzheimer’s disease is a neurological disease characterized by progressive loss of both memory and learned behavior. It is estimated that around 30 million people are affected by it worldwide, and while at present there is no known effective treatment which can stop its progress, there are several pharmaceutical drugs which are able to treat its symptoms. Recent research has shown that cannabinoid therapy is able to not only alleviate symptoms of the disease in Alzheimer’s patients, but also slow its progress.

Parkinson’s disease is a progressive disease of the central nervous system, resulting in tremors (the “shakes”), slowed movement and muscle stiffness. At present there is no cure for it, and conventional medicine is only able to treat its symptoms. Data from surveys show that patients suffering from Parkinson’s consider cannabis to be a highly effective substance which mitigates the symptoms of the disease, especially in treating motor symptoms. These claims have also been supported by observational research. Even individual cannabinoids likely have an effect on different symptoms of Parkinson’s disease. According to a series of case histories published in 2014 in the Journal of Clinical Pharmacy and Therapeutics, daily treatment with cannabidiol (CBD) reduced the symptoms of sleep disorder in the REM phase for patients with Parkinson’s.

While current drugs allow for relative control of the symptoms of epilepsy, up to 30% of patients do not have sufficient control over their symptoms. In more serious forms of epilepsy, an operation is possible, but this represents a very delicate and complicated procedure with a risk of serious brain damage. For these types of patients, cannabis could mean a first-choice medicine. Already in 1979, studies carried out on laboratory rats have proven the anticonvulsive effects of CBD.

The use of cannabinoids during the treatment of psychiatric disorders such as schizophrenia, anxiety and bipolar disorder is another hopeful area, although at present one of limited research. While long-term use of high doses of THC has been indicated as a risk factor potentially triggering these types of psychiatric diseases in genetically predisposed individuals, it seems that other cannabinoids may have exactly the opposite effect. In this respect CBD has big potential; nevertheless, people for instance with traumatic experiences after an accident, violence or being in a war situation often state that what helps best is cannabis with a high THC content. 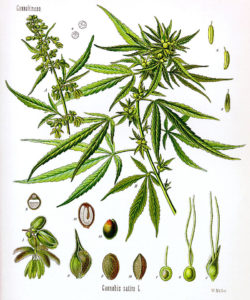 For what other diseases and conditions is there ongoing research in the medical potential of cannabis?

It has been repeatedly proven that cannabinoids and other substances in cannabis have a positive influence on a number of physiological functions throughout the entire body.

In closing, we should briefly mention the main risks connected with the use of cannabis – whether medicinally or recreationally.

Cannabinoids can have a temporary, although quite powerful effect on pulse rate and blood pressure. Patients in whom heart disease or disorders have been found, or who are taking any kind of medicine for the heart, should use cannabis only under a doctor’s supervision.

In rare cases, cannabis can trigger psychosis – however not in everyone, just in individuals with a certain genetic disposition. Patients for whom psychiatric disorders run in the family, especially schizophrenia or bipolar disease, should consult their doctor about the suitability of cannabis treatment.

There seems to be no risk of physical addiction in using cannabis as medicine. The recommended daily dose for medicinal purposes is usually lower than that of recreational use, and the patient is monitored for the entire period of treatment by a doctor. Large doses taken over the long-run can lead to the onset of psychological addiction. In quite rare cases, patients might exhibit withdrawal symptoms such as minor forms of anxiety, irritation and insomnia.