The evil and good that men do 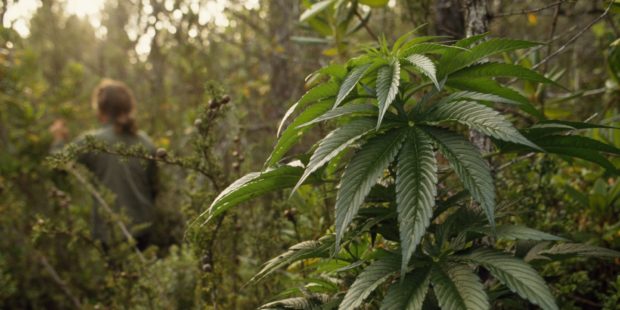 In life you come across situations when a person with normal thoughts and feelings is only barely able to understand the actions of other people – people who are indifferent to the suffering of those around them. Because I have to break the inane laws of this country every year, I keep meeting both types – especially in autumn, at harvest time.

Because I have a daughter who suffers from a serious disease, I grow cannabis with a high content of cannabidiol (CBD) and a medium content of tetrahydrocannabinol (THC), and every year I need to raise enough so that the harvest will reach a minimum of two kilograms of quality dry material. Then I “process” it: I roll 2,200 joints for my daughter, I grind one kilogram of cannabis to go into her food, at least half a kilo into liniments and cremes, and if there’s anything left over, then another liter of alcohol tincture.

Getting high is not on the agenda

I don’t do it to get my daughter Martina “high” year-round. Believe it or not, although she smokes an average of six joints a day and supplements her food with another three grams of dried, ground buds, she does not get high. Her body takes from cannabis what it needs and thanks to it, she can live another day as a normal person. Without the unbearable cramps, without suffocating, without debilitating pain, and as a bonus she can even relieve herself normally.

No other medicine made anywhere on this planet is able to help my daughter.

I know I’m breaking the laws of this country. And I know that in my case it is not even a misdemeanor, but a felony. A crime, for which I can spend up to five years in jail.

But I don’t grow cannabis to make money, or to “spread toxicomania” (which is the definition in the Czech statute). I grow it because there’s nothing else I can do. There is simply no other medicine made anywhere on this planet which can help my daughter.

For a few years, everything went well, but then somehow it went to pieces. Somebody found out where we planted it and kept their eye on it. A week before the buds would have been at their peak, they harvested it. We were devastated and had no idea how to solve our problem. None of our friends at the time grew cannabis. And so I wrote about it on Facebook. My reason for doing so was not that I expected someone to take pity on us and give us a portion of their hard-earned harvest. Not in the least. I was just looking for a towel to cry into. Into which I could release my anger and rage at a system which forces people to overstep the law just because they need treatment, and at the same time to post my thoughts to the cold bastards who could steal from us in our situation, without any repercussions whatsoever. Then something happened which I truly never expected. Loads of people started writing and calling – friends and strangers. Some who just wanted to commiserate with me, and some who wanted to share that they were in the same situation and were glad that somebody finally raised their voice about it in public. Others wanted to know our address….

And then the packages started coming in. Sometimes an envelope, sometimes a shoebox. The names on the return addresses made me laugh: Frank Gardner, Joe Farmer, L.A. Cucaracha, and so on. My biggest surprise came when I gave a talk in Prague and a group of young people from Slovakia showed up. They asked me to come out to their car. Behind the motor was a concealed package which they had been afraid to send, because the penalties are severe in Slovakia. And so they embarked on a really dangerous road trip all the way to Prague… just for us.

We humans are a special breed. Some have absolutely no scruples and will outright steal from the weakest of the weak, while others will risk their own liberty just to help a person they’ve never even laid eyes on before.

Born 1946. Father of a sick daughter who needs cannabis to alleviate the symptoms of multiple sclerosis. Due to non-functional cannabis legislation in the Czech Republic, he has become a clandestine grower and a vehement activist.

CANNABIS THERAPY Magazine is a new global platform for cannabis patients, doctors, pharmacists and activists. Its aim is to help educate patients and seniors who use cannabis to alleviate their health problems, as well as inform various health professionals who wish to keep up with the changing times.